With autonomous vehicles of all levels on the very near horizon and electric vehicles gaining in popularity, the entire auto industry is poised to make a drastic shift in the coming years. Autos aren’t just manufactured machines anymore, they’re technology products in the same way that any computer or consumer electronic device. 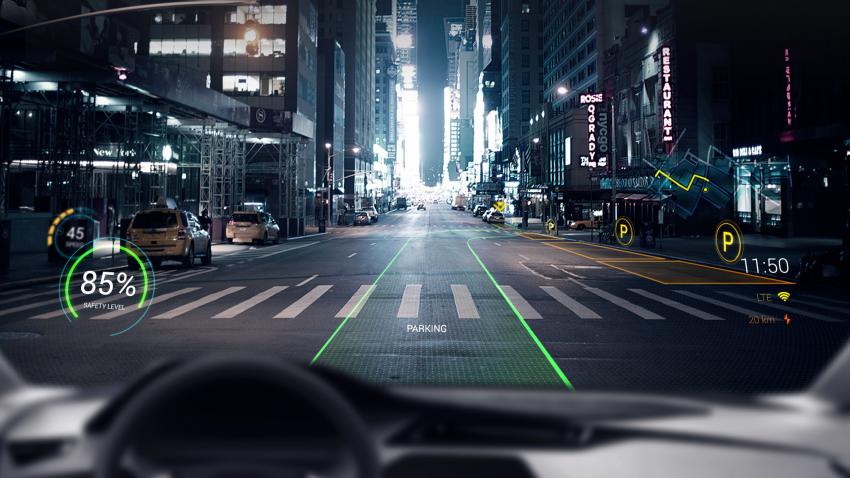 Because of this, a sizable startup culture is beginning to spring up around the automotive industry. Beyond ride-sharing apps like Lyft and Uber startups are taking on big issues from cyber security, to facilitating autonomous driving, and even developing the infrastructure to support electric vehicles. One start up is even pushing to open-source autonomous car technology.

2018 will continue to see a sea change in the automotive industry. Here, we’ve rounded up 10 startups at the forefront of that wave that will be worth keeping an eye on through 2018 and beyond. 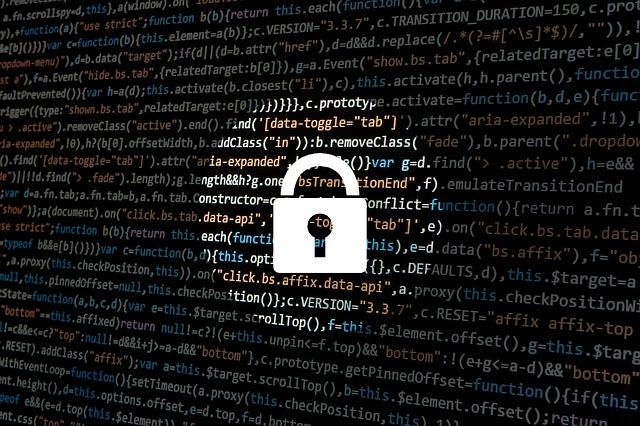 Connected and autonomous cars come with a whole slew of new cyber security considerations. Case studies of car hacking have been popping up for a few years now and as more connected vehicles and services around them come online, vehicle cybersecurity will become an increasingly critical issue.

Founded in 2013, Israel-based Argus Cyber Security provides solution suites to protect connected cars and commercial vehicles against cyber-attacks via bluetooth, cellular, and other wireless connections. The company wants to do for your car what your anti-virus software does for your computer. In October, Argus along with German company Elektrobit announced an end-to-end solution for providing secure over-the-air (OTA) updates to connected vehicle software.

“Our software updates OTA solution with Elektrobit integrates technologies that enable automakers to overcome unique automotive update challenges across the vehicle lifespan, said Yaron Galula, Co-Founder and CTO of Argus Cyber Security. “… The solution is laser-focused on minimizing vehicle down-time, bandwidth, and is easy to use.” 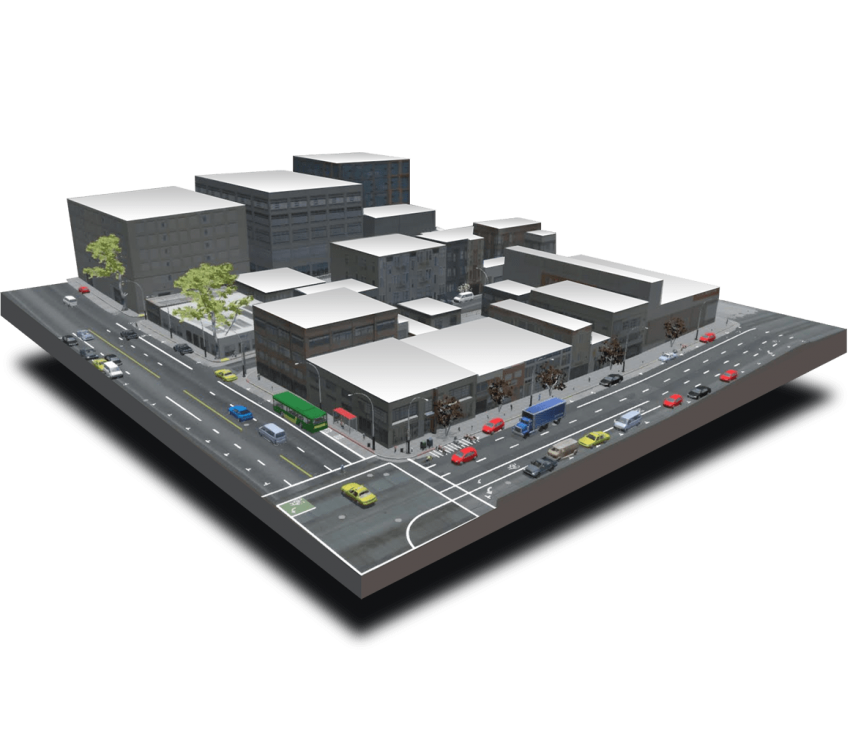 How are we going to teach autonomous cars how to drive? Particularly as it becomes clear that autonomous vehicles will need a variety of sensors and cameras to function properly? Israel-based Cognata is using virtual reality (VR) simulation in conjunction with deep learning to allow vehicle manufacturers to train autonomous vehicles in VR scenarios before being physically deployed. Cognata’s simulation engine reproduces input from LiDAR, radar, and other sensors in high fidelity and is able emulate how these sensors react to real-world materials such as glass, metal, and concrete, that would be found in and around roads.

The company says it can also recreate cities anywhere in the world, giving manufacturers a dramatically expanded range of testing scenarios beyond the current limited geographies. “Every autonomous vehicle developer faces the same challenge—it is really hard to generate the numerous edge cases and the wide variety of real-world environments,” Danny Atsmon, founder and CEO of Cognata said. “Our simulation platform rapidly pumps out large volumes of rich training data to fuel these algorithms. 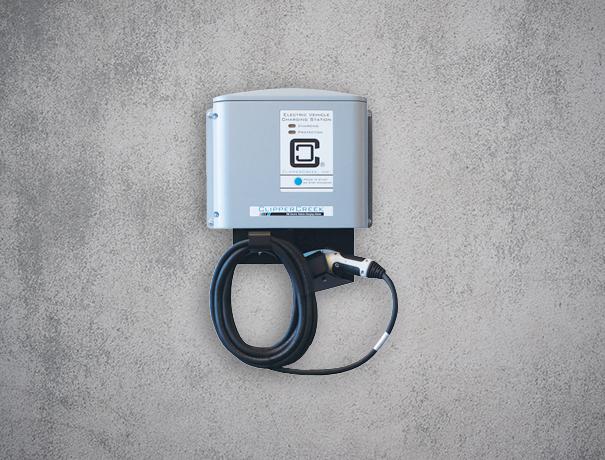 Los Angeles-based EV Safe Charge isn’t focused on next-gen electric vehicles, but rather the infrastructure that will support them. Similar to Solar City’s solar panel distribution, EV Safe Charge is aiming to become a one-stop shop for the installation of electric vehicle charging stations for all levels of customers from residential to commercial. The company offers a variety of chargers from suppliers including Bosch, ClipperCreek, EV-Box, EV Connect, and JuiceBox. In November EV Safe Charge announced a partnership with EV Match, a service that allows electric vehicle owners to find charging stations and reserve and pay for charging time in advance. Through this partnership any EV Safe Charge customer will be able to list their charger as part of EV Match and collect revenue on charges, thus expanding EV Match’s network of offerings for its customers.

Regarding the announcement, EV Safe Charge CEO Caradoc Ehrenhalt said, “The world of EV cars and the necessary infrastructure to support the growing demand is racing at such a pace it’s hard to keep up. … EVmatch has created a platform where owners of chargers can rent out charging time to customers on a reservation basis. From commercial installations to regular homeowners, EVmatch allows the owner of chargers the opportunity for revenue when their chargers wouldn’t normally be in use, and it provides EV car owners advanced knowledge of where charging stations exist to satisfy their charging needs – either for normal at-home use or when traveling.” 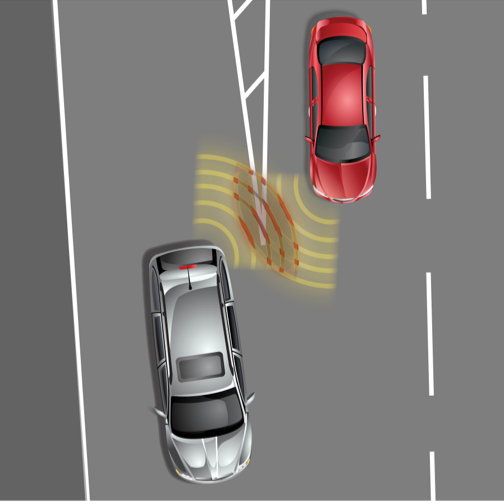 Ohio-based startup GhostWave is aiming to revolutionize radar for advanced driver assistance systems (ADAS). The company produces two key products. The first is a patented RF Noise radar system that supports blind spot detection and collision avoidance, while also being immune to jamming, electronic interference, and other radars. It also does not itself interfere with other radars and it works in low-light and at night as well as in inclement weather and through foliage, according to GhostWave.

GhostWave’s second product is a vehicle obstacle warning radar capable of discriminating between high- and low-priority objects to avoid. Pedestrians and animals are assigned high priority, while curbs and potholes are assigned lower priority, for example. The company says this radar also allows flexibility in its installation and can be placed behind the fascia of most bumpers, making them less obtrusive and more attractive than other radars.

GhostWave was recently honored as one of the top three startups at the 2017 Automobility LA conference. 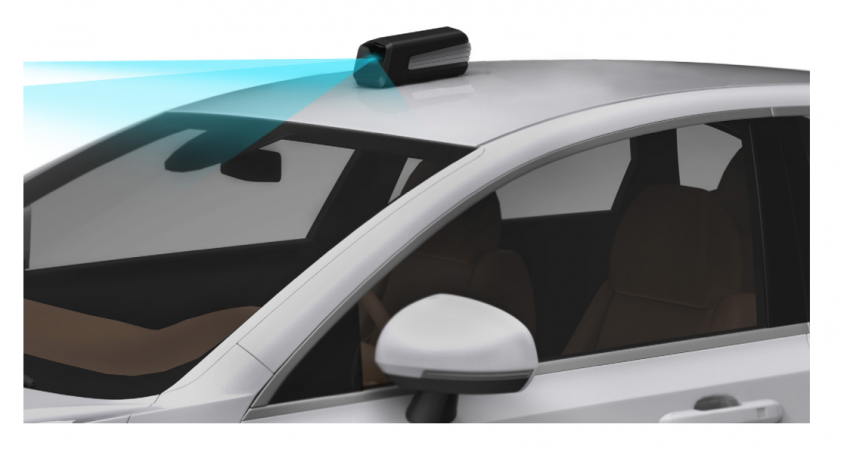 Founded in January 2016, by former members of the elite technological unit of the Israeli Defense Forces, Israel-based Innoviz Technologies is a startup targeted at developing LiDAR solutions for autonomous vehicles. Innoviz’s LiDAR systems feature a solid-state design that makes them more compact, reliable, and affordable, according to the company. The company’s InnovizOne, which is scheduled to begin shipping in 2019, is an automotive-grade production LiDAR designed to be integrated into any vehicle to enable level 3-5 autonomous driving. It features a 25 FPS frame rate, an up to 250 m detection range, and a 120 x 25-degree field of view and will cost $1,000 (in comparison to current LiDAR devices, which cost upwards of to $80,000), according to the company.

In 2018, the Innoviz will be releasing its InnovizPro LiDAR, which is designed for developing and testing autonomous vehicles. It features a 20 FPS frame rate, a detection range of up to 150m, and a 73 x 20 degree field of view. The company says InnovizPro will also have applications in other areas where LiDAR can be useful such as robotics, industrial automation, and drones.

Innoviz was recently honored as one of the top three startups at the 2017 Automobility LA conference. 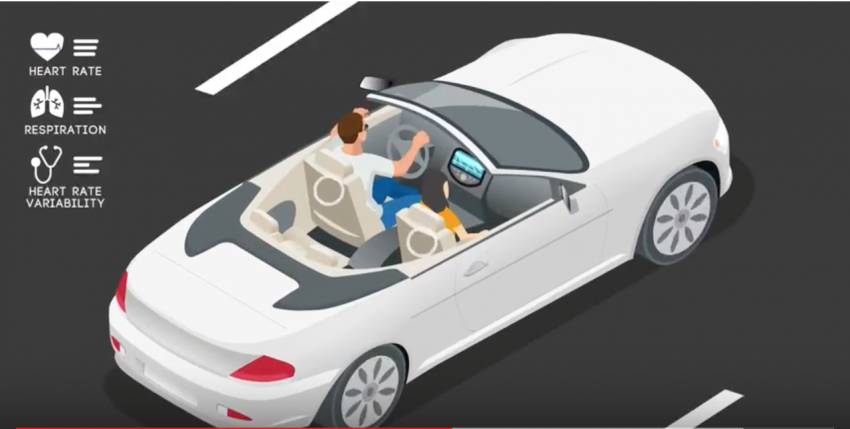 Imagine if you car could monitor you vital signs. Neteera Technologies is an Israeli startup looking to usher in the era of “empathic cars” that can sense the health and well-being of occupants using its patented sensor technology. Neteera’s Terahertz sensing technology is a micro-radar that utilizes the sub-THz and THz regions of the electromagnetic spectrum to measure skin surface motion, even through clothing and objects like car seats. The skin surface measurement provides data on heart rate, respiration, and heart rate variability, allowing Neteera’s software to gauge factors like driver fatigue, sleepiness, and stress levels. The system may sense a driver getting fatigued and could sound an alarm or adjust the air conditioning to increase alertness, for example.

According to Neteera, while existing technologies use direct skin contact or facial recognition cameras to gather these metrics, its system can do the same complete non-invasively and unobtrusively and in a small form factor with low power consumption.

Silicon Valley-based Peloton Technology is focusing on trucks and fleet driving systems. Its patented system uses a combination of radar and short-range communications to link vehicles’ active safety systems and enable communication between them via a clout-based network. Classified as a level 1 autonomous driving system, the current system links two class 8 trucks at a time, allowing the trucks to coordinate their speed and maintain a safe following distance, platooning the trucks together. Platooning trucks allows for savings in fuel as well as increased efficiency and overall safety. Peloton’s system also equips the trucks with collision avoidance, lane departure warning, and emergency braking ability.If needed, drivers can take control back of their truck at any time.

On December 1, Peloton worked with the Michigan Department of Transportation to conduct a live demonstration of its driver-assistive truck platooning technology on a highway in Novi, MI. 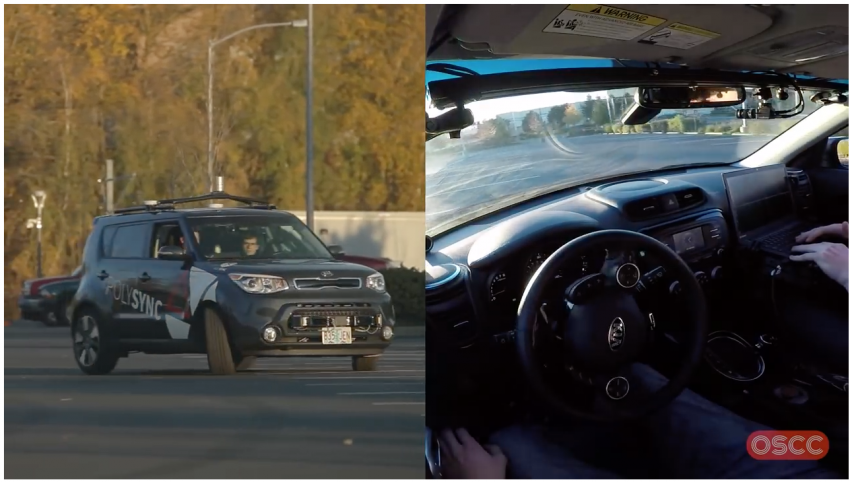 Open-source technology is tackling a number of fields these days. So why not automotive? Portland-based PolySync wants to democratize access to autonomous vehicle development. In 2016 the company began its Open Source Car Control (OSCC) project, releasing a complete, open-source development kit for autonomous vehicles. The kit is an Arduino-based system that uses about $1,000 worth of by-wire technology and can be used to add autonomous functionality to a 2014 or newer model Kia Soul.

“Just getting on the road is one of the biggest hurdles in the development of self-driving cars,” PolySync CEO Josh Hartung said. “By lowering the barrier of entry we’re enabling developers to safely capture data and test models at a scale that just wasn’t possible a year ago. For the cost of a typical development vehicle today, engineers can be working on 10 OSCC-enabled vehicles tomorrow.”

Because the system is open source, it is currently available on GitHub and can be modified by developers. Right now it only works with Kia Soul model vehicles but PolySync says it could theoretically work on almost any car with electronic power steering, throttle-by-wire, and standard hydraulic brakes. Perhaps enterprising engineers will expand it into use into other models?

PolySync has no working relationship with Kia and has cautioned that the OSCC is strictly for off-road and R&D purposes. 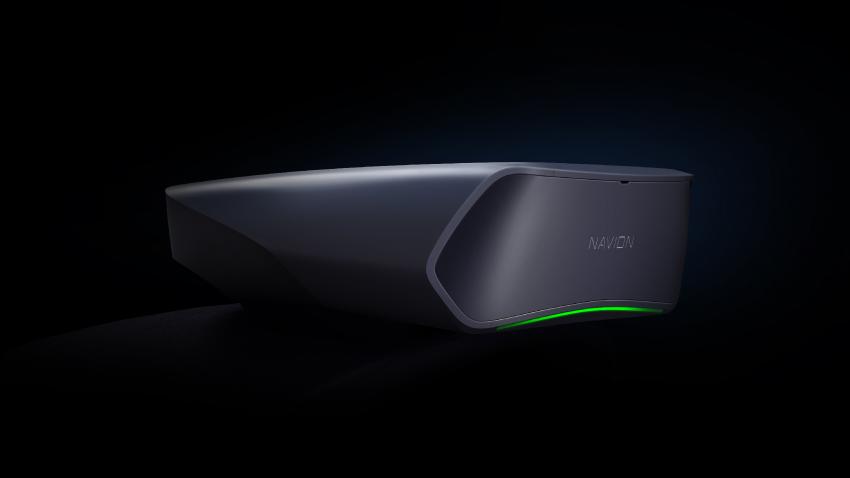 WayRay’s Navion system (pictured) projects a virtual dashboard onto a car’s windshield that displays speed, time of day, and graphics for navigation, hazard detection, and obstacle avoidance. It can also point out points of interest while traveling such as landmarks, restaurants, and stores.

WayWay Is also developing a “wearable for cars” called Element. The device plugs into a on-board diagnostics (ODB-II) port found on most 1996 or new model cars, and will track various metrics as the car is driven. According to WayRay element will provide drivers with data that will help them improve their safety, efficiency, and endurance when driving. 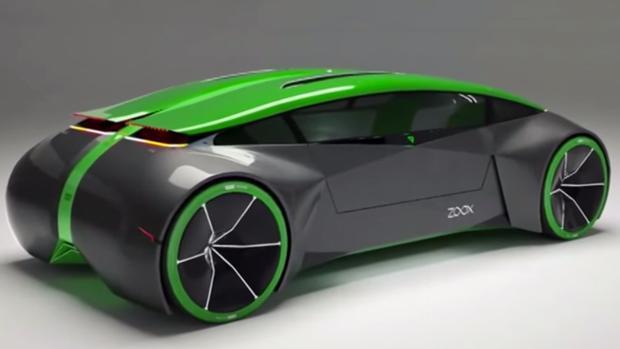 No list of startups to watch is complete without at least one company going for a moon shot. Founded in 2014, autonomous vehicle startup Zoox has been shrouded in mystery despite raising over $250 million in funding. What is known about Zoox is that the company is aiming to become for autonomous cars what Tesla has become for electric vehicles. The company is developing a fully autonomous, level 5 car right of the gate that will have no steering wheel and seats arranged more like those of a mass transit vehicle than a car.

In November, Zoox gave a first look at what is has been working on in the form of a prototype “robo-taxi,” that it has been testing on the streets of San Francisco. The vehicle is able to share the road with human-driven vehicles and navigate streets effectively while avoiding obstacles such as pedestrians and commuters on bikes. The robo-taxi is a fully autonomous car with an accompanying ride hailing app.

While ride-sharing company Uber has made no secret of its ambitions to create autonomous cars and has challenged rivals like Google, one wonders if Zoox might be poised to give both of the tech giants a run for their money.