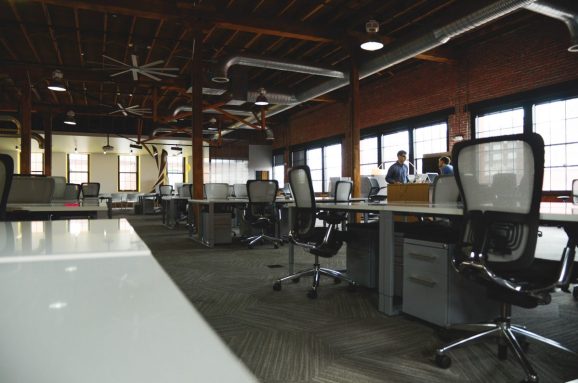 The auto industry is undergoing a massive shift as it ushers in the technologies behind electric and autonomous vehicles and onboard tech designed to improve or enhance the driving experience. But to fully understand how those changes are manifesting, and how they could evolve in the future, we have to first understand the startups and entrepreneurs driving those changes.

Why is it that startups are pushing some of the biggest changes? There are many possible explanations, including the fact that startups are nimbler and less bogged down with bureaucratic decision-making than larger corporations. Startups are also more willing to experiment with new territory, which tends to result in innovative thinking and radical new solutions.

Applied to the auto industry, this innovative approach gives startups and established companies alike the chance to incorporate new strategies to push the market forward.

These are some of the most innovative startups influencing the auto industry today:

Based in Columbus, Ohio, GhostWave specializes in radar sensors that are less vulnerable to outside interference. Together with lidar, cameras, and other sensory features, self-driving cars rely heavily on radars to “see” the road and the objects around them. The problem is that too much interference in the air can corrupt the images radars provide, making it more likely for a vehicle to miss an important cue and be involved in a collision.

GhostWave hopes its new technology will help develop a radar that won’t see as much interference, which is going to become even more important when there are millions of autonomous vehicles on the road at once.

Also operating in the realm of better sensors for autonomous vehicles is the startup Neteera Technologies. Neteera is dedicated to creating a new type of sensing technology for autonomous vehicles, one that blends the advantages of radar and lidar together in one device. Utilizing sub-Terahertz frequencies, it’s able to detect objects and movement through non-conductive and non-transparent materials. In addition to automotive applications, the technology could prove useful in the security and health sectors.

A newcomer to the autonomous vehicle game, Nuro is hoping to spark a new trend in self-driving car development. Rather than outfitting an older vehicle model with new self-driving technology, Nuro has created a prototype, dubbed R1, that’s custom-made for driverless, passenger-less delivery. Small and nimble, Nuro’s vehicles specialize in last-mile delivery. The company’s focus on specialization and unique design could inspire a new wave of specialized vehicles.

Autonomous vehicles aren’t the only high-tech considerations in the auto industry. Automotive companies are also focusing on creating more fuel-efficient cars, including models that run exclusively on electricity. This is where EV Safe Charge comes in. This startup specializes in the development of widespread infrastructure for charging electric vehicles, including residential installations.

We return to the field of autonomous vehicle-targeted technology with Cognata, a startup that relies on deep learning and detailed mapping to create virtual cities that mirror their real-life counterparts. These virtual environments offer weather conditions and changing circumstances that mimic real-life variability. Companies can use the technology to train autonomous vehicle software before real vehicles ever hit the street. Using software this way is safer and far more scalable, especially considering that you could feasibly test thousands of vehicles at once without spending money on vehicle production.

WayRay focuses on improving driver and passenger experiences within vehicles by giving them an augmented reality vision of their surroundings. Its technology allows the projection of digital renderings on top of real environments, offering drivers real-time and visual navigation throughout their respective cities and highlighting environmental objects and changes of note.

Like Cognata, Mighty AI helps autonomous vehicle creators at a software level. But instead of providing a virtual environment for training a program, Mighty AI offers the data and structuring necessary to create a fully realized autonomous vehicle program. In other words, it provides the ingredients necessary to build your own self-driving platform. If successful, Mighty AI could make entering the self-driving game much more affordable and realistic for practically any company.

These aren’t the only startups helping shape the future of the auto industry, but they are some of the most visible and most promising. You can expect the average road in the U.S. to look very different over the next decade or so, and maybe even sooner.