Maximizing the work of electric car chargers seems to have become the goal of manufacturers, who are always looking for a way to make this an efficient and versatile element.

In this sense, the company that develops charging solutions for electric cars recently presented EV Safe Charge Ziggy, an intelligent charging robot developed not only to charge your electric car, but also to charge it find a parking spot and show you ads during the loading process.

While it’s clever to give Ziggy the ability to find parking for the electric car, it remains to be seen how well he’ll do at a mall during peak shopping season Christmas Eve or Black Friday.

That’s why this robot charger was considered as an alternative to get the most out of parking lots without having to hang chargers in every space. It’s a matter of conditioning a place where the charger will return by itself after they have completed their task, as well as make learn in detail the layout of the place where you are destined to serve.

Design-wise, Ziggy looks like a rolling battery bank of indefinite capacity. This loading robot is also equipped with a headlight and a taillight, Also, cameras are spread throughout the structure, while a band of security sensors is focused on his waist. 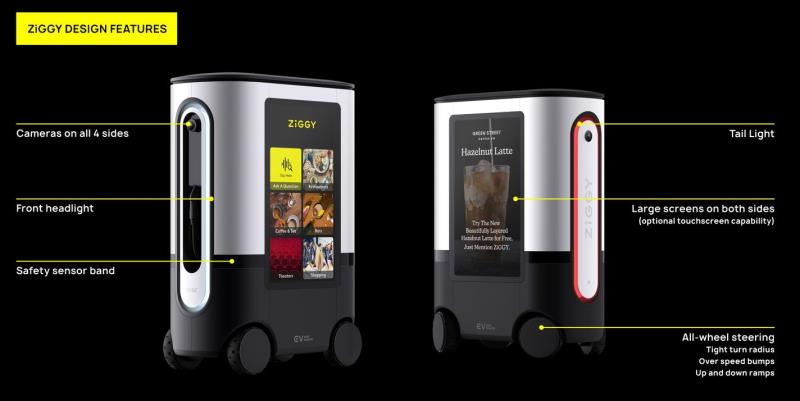 Another notable aspect of Ziggy is his four steerable wheels along with an electric powertrain that makes it easy to maneuver through the designated parking space.

Although this model can act autonomously, it is also possible to manipulate it Remote control from an operations center. The driver who wants to use Ziggy’s service You have to reserve it in advance.

Once this is done, the system will start the loading robot so that it drives to the available parking space, where it will wait for the arrival of the driver, who will be guided by the application to the point where it is located.

Ziggy, the charging robot that reserves parking spaces for your electric car and shows you advertisements while charging

ZIGGY, THE ROBOTIC CHARGER THAT RESERVES PARKING FOR YOUR ELECTRIC CAR AND SHOWS...
Scroll to top