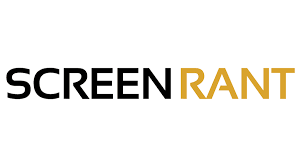 According to a study, the charging woes associated with battery-powered electric vehicles can be resolved with a peer-to-peer power transfer system that allows one car to charge another on the go. One of the biggest roadblocks to mass adoption is the lack of robust charging infrastructure, especially in countries outside the United States. So far, multiple industry stalwarts have come up with suggestions to allow cross-brand charger station sharing and standardizing the charging interface for juicing up electric cars. The likes of Ionity and Electrify America have been trying to create a public charging network, but those efforts are still far from solving the problem in its entirety.

Tesla, the global leader in the EV market by a fair margin, recently started a pilot program that allows cars from other brands to fill their battery tanks at its Supercharger locations. Then there are futuristic ideas such as electrified roads that will charge an electric vehicle on the go, thanks to a pair of electric rails that transfer power to a car using a mechanical arm. Sweden has already tested a two-kilometer stretch of electrified road called eRoad Arlanda. In addition, Stellantis, the parent company of Jeep, Fiat and Maserati, among others, has already tested a loop of road in Italy that has embedded wireless charging coils beneath the asphalt to offer a charging-on-the-go experience using a technique called inductive charging.

But both the aforementioned creative solutions are far from mass implementation. In a study from the University of Kansas that has been published in Scientific Reports, an expert has proposed a peer-to-peer charging system that will allow a car running low on power to borrow some juice from another car traveling on the same road without either vehicle coming to a stop. This is yet another version of a charging-on-the-go solution, but one that relies on a real-time cloud-based database of EVs traveling on a route instead of modifying roads using expensive charging hardware. To complement the endeavor, the research team proposes mobile charging stations in high-density areas such as major highways, which can charge multiple vehicles on the go. Interestingly, charging tech provider EV Safe Charge unveiled a robotic mobile charging station called ZiGGY that can be summoned via an app and can juice up a vehicle when parked.

The latest study’s idea is to create a cloud-based network on electric vehicles that will also keep a tab on their charging level. “We’d have a complete cloud-based framework that analyzes the charging state of all participating vehicles in the network,” explained Tamzidul Hoque, an assistant professor of electrical engineering and computer science at the institute. For example, if a car is running low on power, the system will tell the driver about nearby cars that have enough juice to share some of it. Once consent has been received and the two cars are connected for charge transfer using cables, the two cars will automatically be speed locked until the charging process is over. The system works somewhat like how tablets can reverse charge phones and other gadgets via a USB cable or via wireless charging.

The study proposes adopting a system of two batteries – a large slow-charging main battery and a smaller fast-charging battery in the car to overcome the challenge of slow power transfer between two vehicles. Then during on-the-go power transfer, the smaller battery is put to use for quickly moving electric power between two cars. As good as the idea sounds, it would require industry-wide collaboration between EV markers to turn such a promising concept into reality. Moreover, it would take some time convincing EV owners as well as brands to allow their cars on shared cloud infrastructure, complete with their charging stats, without raising privacy and cybersecurity concerns.